Rooms filled with natural light interior spaces designed as a continuation of the exterior ones, openness to the territory and thus to the local community, for a school that intends to regain its role based on collaboration, sharing and education of young and old citizens.

These are the main “ingredients” of the project with which the firm Cinque A  of Treviso (Matteo Benigna, Matteo Cecchi, Diego Collini, Marco Gatti e Giovanni Manzoni) and Sertec Engineering of Turin (the group leader is Domenico Gabriele, an engineer) with Stefano Angelo Roletti won the competition -– of Iscol@ series – for the design of the new school complex in Monastir (Cagliari, Sardinia). 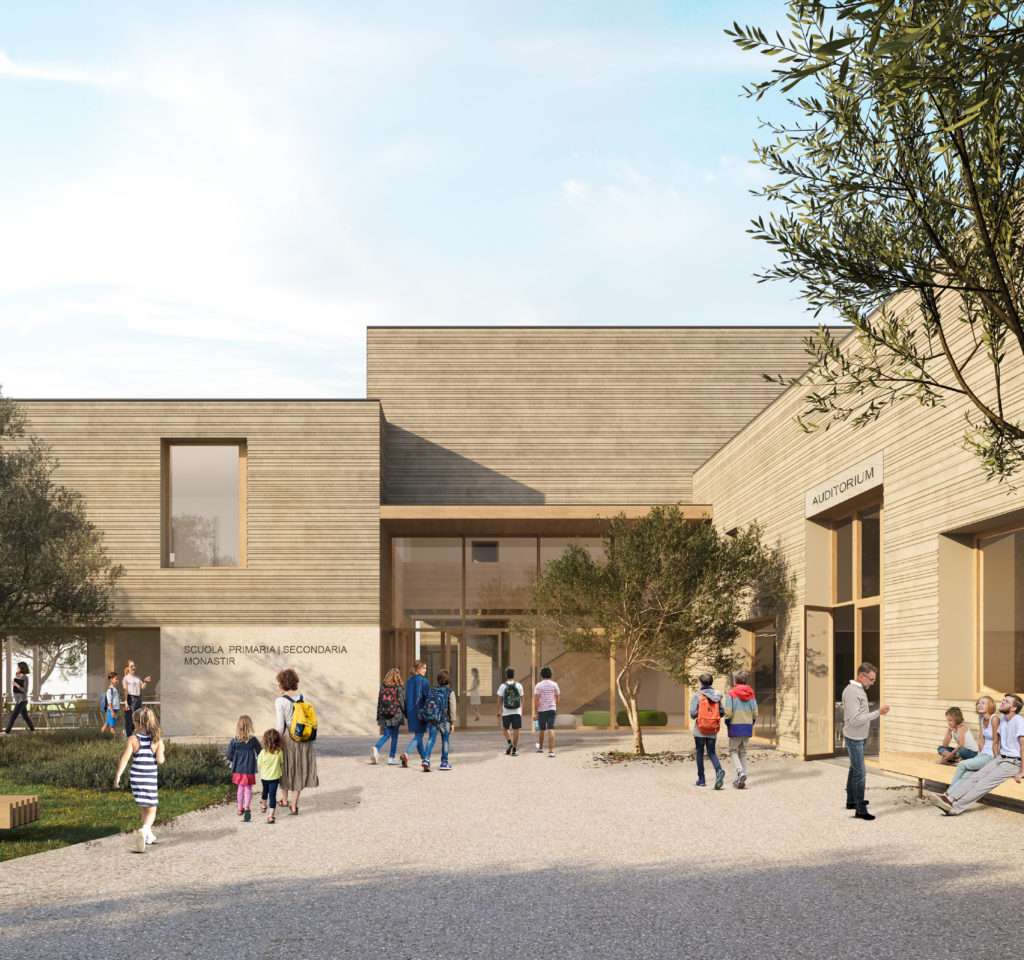